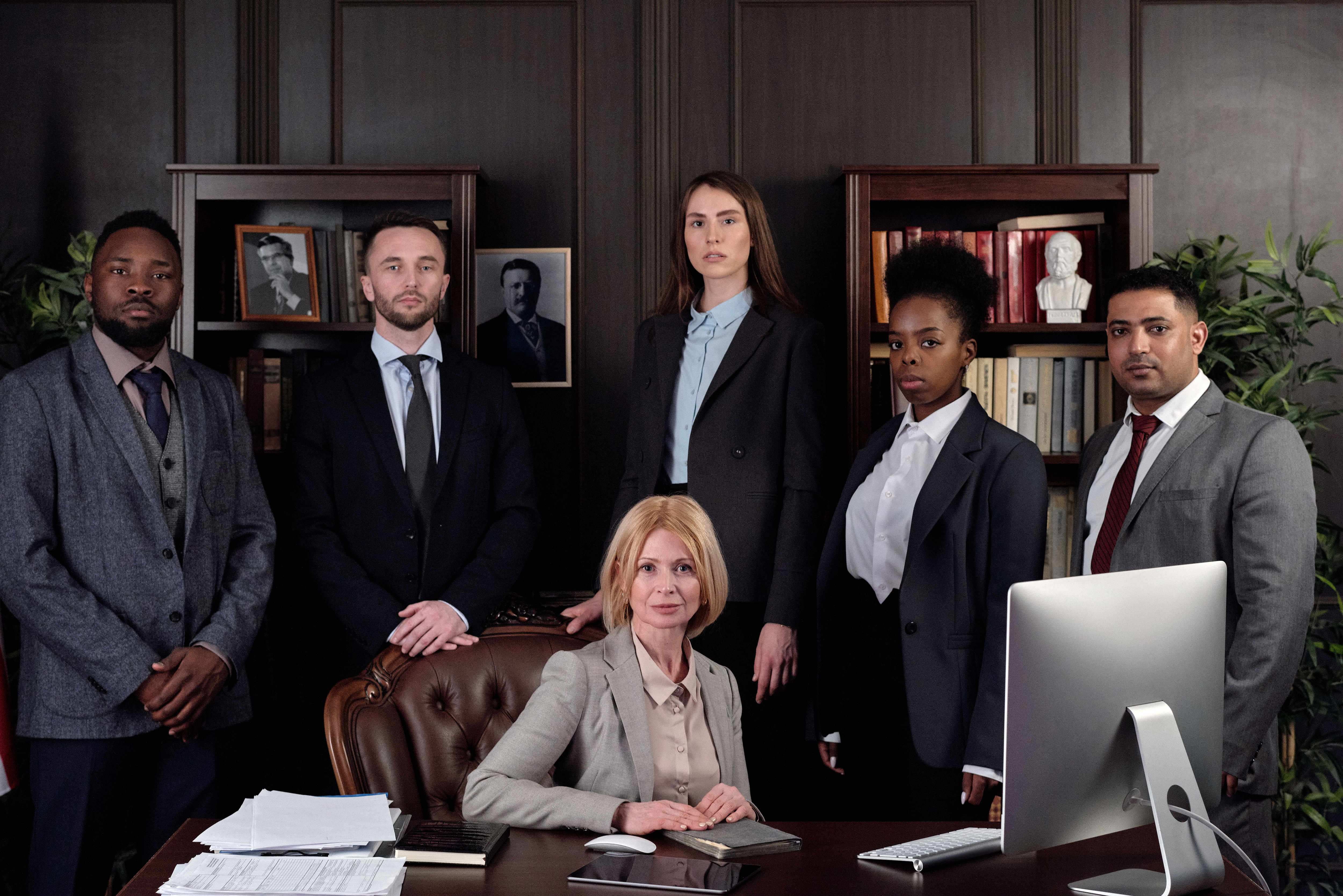 The movie "Pretty Woman" and the law of attraction

Pretty Woman is the movie that made the great Julia Roberts famous. It is an excellent movie to talk about the Law of Attraction. What one focuses on, EXPANDS and everything that comes to us, we attract through our EMOTIONS, or often called, our VIBRATION. Julia plays the role of Vivian, a woman who prostitutes herself to earn enough money to pay her bills. She lives with Kit, another prostitute. From the beginning of the movie, it’s clear that Vivian WANTS more in her life.

The concept of WANT is an integral part of the LAW OF ATTRACTION teachings. Everything we WANT (or ask for) is always given, WE ASK AND IT IS GIVEN. In order to receive what we ask for, we must enter into a very positive emotion and trust and know that it will come.

At first, Kit has just used the rent money to pay a pimp and Vivian is furious. When Vivian confronts Kit, Kit says, “don’t tease me,” Vivian responds by saying angrily, “I tease you, I tease you, I just saw a girl being pulled out of a dumpster, don’t you want to get out of this? This makes the audience know that you believe there is so much more to her in life and that her current situation is temporary in her mind.

Edward Lewis (Richard Gere) is a very rich and unhappy man who, as he puts it, “fucks” people for money. He is introduced for not having a good time at his own party. He decides to leave in his lawyer’s car and return to his hotel. As he passes by where Vivian and Kit are hurrying that night, he has trouble driving the Lotus Supreme that he has borrowed. Vivian knows a lot about cars and when she approaches him to request him as a client, she offers to show Edward the way to his hotel for $20. One can see the party nature of him in this exchange. He has a strong confidence and speaks clearly.

Edward invites her to his penthouse suite. At first she is only staying an hour, then the night, and then Edward invites her to spend the week with him for $3000. “I’ll pay you to be by my side for the whole week,” she declares. For both it is a business. Their romantic relationship begins the first night.

Their first night together, Edward works all night. In the morning, Vivian says, “You don’t sleep, you don’t drink, you don’t do drugs, what do you do, Edward?” “What do you do?” she asks. then, I divide the companies into pieces and sell parts to them. The parts of a company are worth more than the whole.” Vivian then comments that he doesn’t actually sell anything or make anything. This starts the process of making Edward more aware of what he actually does. It creates an internal dissonance that wasn’t apparent before. Where is the meaning for him in what he does?

Begins Vivian’s entrance into the world of wealth and the beautiful things she’s been WANTING. Edward gives her money to buy clothes and jewelry, which make her an even more beautiful woman. The whole week she is full of activities that only people with money enjoy. Her ease towards her abundance clearly shows that she has already seen herself as abundant. She has been a part of her plan for a long time.

The realization that something never shows up in one’s experience has been “playing out” for a while in one’s mind and emotions. This is how the Law of Attraction works, everything is created in thought first before manifesting.

At first, Barney, the hotel manager, sees Vivian walking around the hotel dressed as a prostitute. He calls her into her office to examine her for her “inappropriate behavior.” He provokes her frustration during this meeting because she has just been refused service at some clothing stores because of the way she dresses. Moved by her distress, he calls her good friend Bridget, who works at a women’s clothing store. Bridget is kind and relaxes Vivian, as she assists her in transforming her outer beauty.

As a viewer, seeing Vivian’s transformation so quickly is exciting. It shows her confidence and her self-esteem flourish.

Edward Lewis’s unethical and unkind business practices are shown at dinner with Mr. Morris and his grandson David. Morris, another businessman, has financial difficulties and has to sell his company, although he does not want to let her go. Mr. Morris and David abruptly leave dinner early because they are very upset with Edward’s practices of breaking up companies and selling the parts, and especially because of his arrogance.

Later that night, Vivian says, “I think you like Mr. Morris.” She begins to become his conscience. Edward obviously hasn’t been feeling good about her job because he promptly fires her. He replies, the truth is that it is totally irrelevant if I like this man or not, I will not allow myself to get emotionally involved in business, Edward insists”

Edward replies, “You and I are such similar creatures, Vivian, we both screw people over for money.” His understanding that he has attracted someone with a similar vibration is clear. Also, his discontent about who he is increases. Edward’s transformation and her new desires begin as Vivian heightens her awareness of what she does for money. It is clear that she is beginning to worry him. Also, his affection for Vivian is getting stronger.

One night at a polo event that he is taking Vivian to, Edward ends up telling Stucky, his lawyer, that Vivian is a prostitute. Stucky makes a very nasty comment to Vivian when they’re alone and Vivian is furious with Edward. Her anger is refreshing and empowering for her and here Edward realizes that he has crossed a line that is unacceptable. Just before she is about to get into the elevator to leave the apartment, he walks over and apologizes to her, promising not to do anything like that again and admitting, “It was stupid and cruel. He also admits that he was jealous that she will talk to her.” David Morris”.

“You hurt me, DON’T do it again,” he states firmly. After this meeting, they begin to understand each other much better and their love begins to blossom. Vivian shares how she became a prostitute, commenting that “if people put you down enough, you start to believe it.” He replies, “I think you are a very bright and very special woman.”

Obviously, both have been asking for a love relationship of great importance because they have been attracted to each other. It’s fun to watch their love develop. I like the humor, mixed with the affection that is shown.

Edward begins to soften into what he really is, behind the tough businessman facade. He starts to play, have fun, be light and fall in love with Vivian. And at the next business meeting with Mr. Morris, he invites him to go into business together and build ships with him. “I know I already want to buy his company and break it up and I’m in uncharted territory, I want to help him!” Mr. Morris says “I’m proud of you”, to which Edward replies, thank you.”

It’s clear that Edward is becoming his true self, the loving, kind and powerful man that he truly is. Vivian has inspired him in his kindness. The day before the deal ends, Edward says, “I’d really love to see you again. I’ve arranged to have an apartment, a car, some money, and a lot of other things arranged for you.” It is then that Vivian achieves clarity and shares her dream of what she really WANTS. “I want to be loved by a handsome prince, I WANT the whole package, the house, the white picket fence, the husband, everything. She realizes that she won’t settle for less than the whole dream.

In a conversation with Kit, who came to the hotel to visit her, Kit realizes that she has fallen in love with Edward. In her conversation, the only person they can think of that she has fully worked out is “Cinderella”. They both laugh. In the last scenes, Vivian tells Edward “you made me a really good offer and now everything has changed, you changed that and now I WANT more.” Edward replies, “I know how to want more, I invented the concept. The question is how much more.” Vivian says “I want the fairy tale”.

Edward says “impossible relationships”. Vivian leaves saying “I think you have a lot of special gifts.” This is a wonderful moment where you realize that even though you have all the money, it is not what really matters. This is not what brings true happiness and joy.

When Edward is taken to the airport by the same driver who took Vivian home the day before, he ends up stopping to buy flowers, then asking the driver to go to Vivian’s house with opera music blasting in the background. Vivian listens to the music and as Edward walks up the steep stairs to her apartment with the flowers in his mouth and says, “So what happened after he went up the tower and rescued her?” she replies, “she rescues him from immediate”. “A statement that expresses her own self-confidence and sense of empowerment and clarity about exactly what she WANT, having been willing to lose everything to Edward if all the dreaming wasn’t in her place.

Two people are now aligned with Source Energy and their deepest desires. Both Julia Roberts and Richard Gere do a wonderful job on this film. His performance is exquisite. The LAW OF ATTRACTION is the process of desire, reaching for what is WANTED and then invoking it with our thoughts and emotions, until it feels right to act on inspiration. I love how the filmmakers here have created a great story.